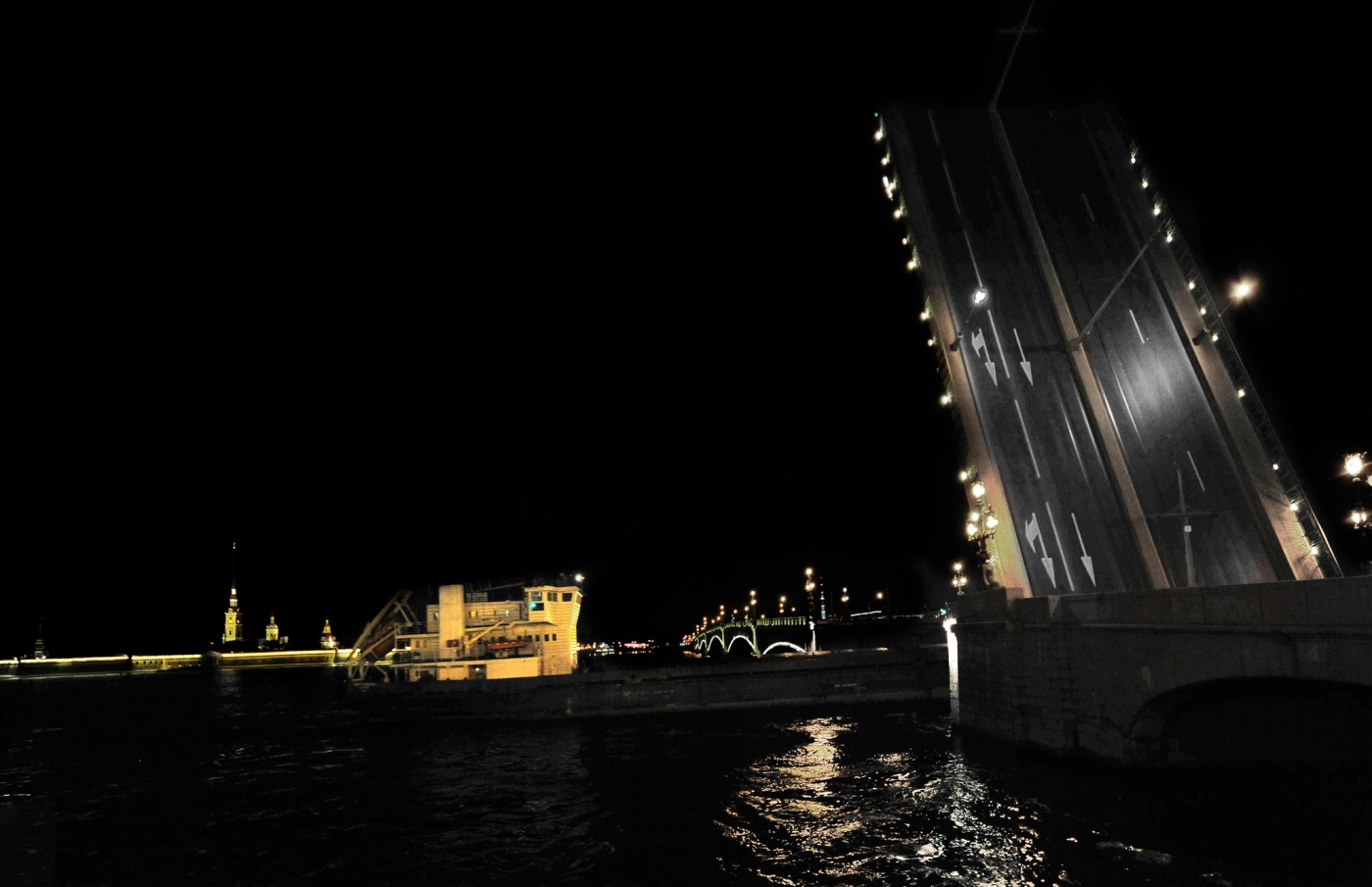 A couple of years ago, I wrote a post about the surreal views you can get in Saint Petersburg during the navigation period on the Neva (from April to November), when 22 bridges across the river and main canals are drawn at night to let ships pass in and out of the Baltic Sea and right through the city.

Apparently, in spite of writing quite a few travel tips and even a photo tip, in that post I forgot to mention something very important: you are NOT Albert Gunter.

It is the 30th December 1952 in London and Albert Gunter is thinking of the New Year’s celebrations the following day, while happily going about his job. He is driving the number 78 bus towards Shoreditch. Right now he is going over Tower Bridge. Out of the blue, the road in front of him seemed to drop away without any warning. To his dismay, Albert realizes that the bridge is actually opening and his bus is on a rising bascule! Without hesitation, he slams his foot down on the accelerator and manages to jump the gap and successfully reach the other side, getting all his passengers across safely. As a precautionary measure, everyone on board is taken to an hospital but, luckily, it turns out that there is only one person with a serious injury: the bus driver himself, who broke his leg. For this act of bravery and quick thinking, Albert will be awarded a day off work and a reward of £10.

Now, I know what you are thinking. He found himself in that predicament and no one in his or her right state of mind would actually willingly put himself or herself in a similar situation. That’s what I’d think, too. It turns out, we are all wrong.

On the night between the 18th and the 19th of April 2019, an Italian (ah, how often do I have to be ashamed of my compatriots?) decided to jump over an open bridge with a car (the link is in Russian only, but there is also a video of the aftermath). I am saying “a car” and not “his car” because the genius in question decided to try his luck with a rental car (what was the old saying? “Don’t be gentle, it’s a rental”… but here we are taking it to the extreme!).

Both the Italian wannabe-stuntman and the Saint Petersburg lady who was with him in the car (and whom he most likely wanted to impress with his bravado) were taken to the Mariinsky hospital with wounds of moderate severity . Count the Russian girl NOT impressed!