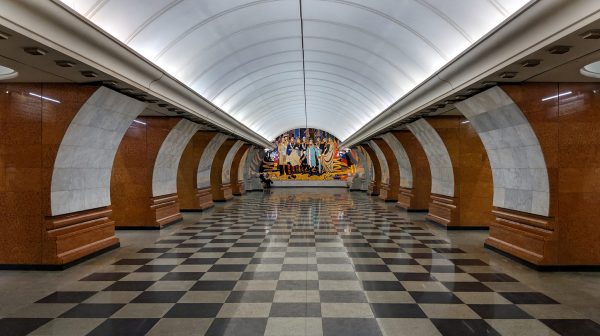 Deep, deep under the Victory park (Park Pobedy in Russian) on Poklonnaya Hill, lays's Moscow Metro's deepest station. At 84 meters underground, according to the official figures, it is the deepest metro station in Moscow and and the third deepest in the world by mean depth, after Kiev Metro's Arsenalna and Saint Petersburg Metro's Admiralteyskaya, and the very deepest station by... END_OF_DOCUMENT_TOKEN_TO_BE_REPLACED 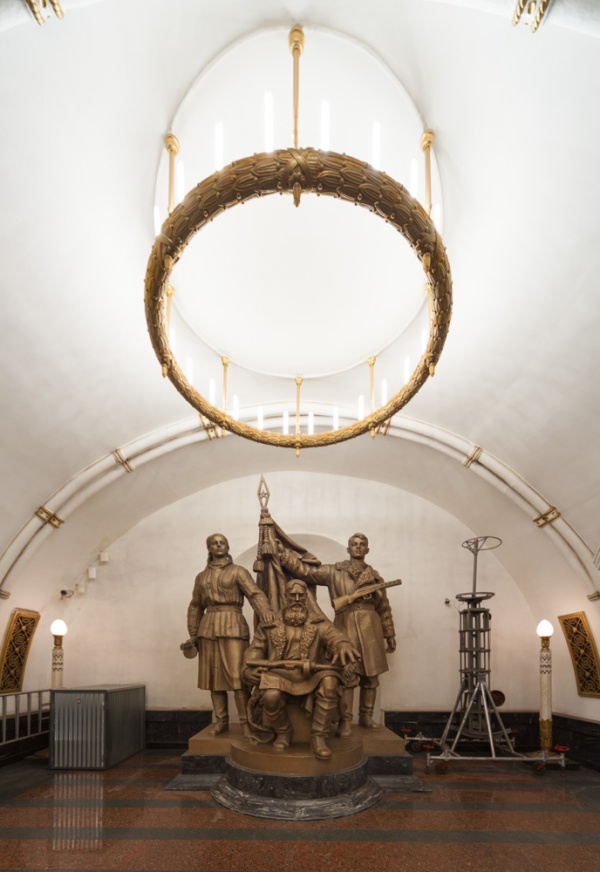 A well eradicated habit in Russian culture is that of rubbing bronze statues. Those, which are not meant to be rubbed are cordoned-off, but sometimes even that is not enough to deter people from rubbing with their hands the feet of religious statues in churches. Besides a general "good luck" a lot of statues apparently... END_OF_DOCUMENT_TOKEN_TO_BE_REPLACED 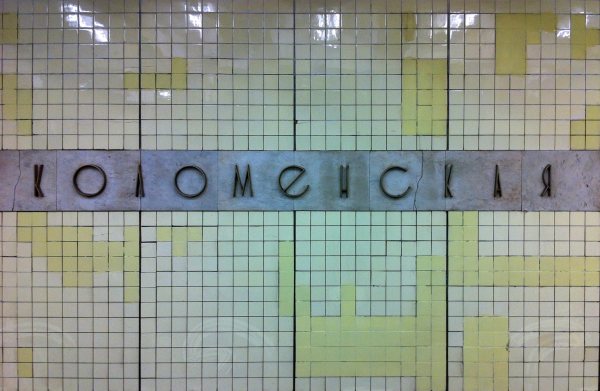 In 1972 Steve Jobs dropped out of Reed college in Portland, Oregon, but hung around campus for more than a year afterward; during that time, he audited Father Palladino’s calligraphy class. After helping to found Apple in 1976, he often credited the company’s elegant onscreen fonts — and his larger interest in the design of computers as physical... END_OF_DOCUMENT_TOKEN_TO_BE_REPLACED 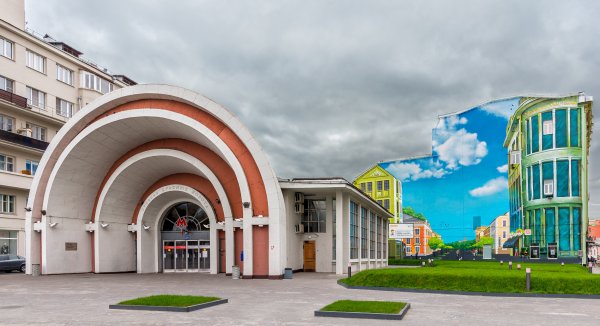 The Moscow Metro station of Krasnye Vorota actually has two entrances. The most famous one, and the one you see pictured above, is the South entrance, a subterranean vestibule with mezzanine stairwells and a distinctive shell-like pavilion designed by Nikolai Ladovsky, that stands on the south side of the Garden Ring (with an open Red Gates - Krasnye Vorota... END_OF_DOCUMENT_TOKEN_TO_BE_REPLACED 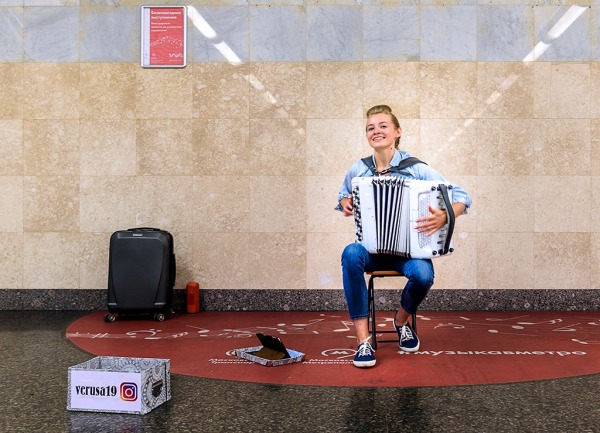 I wrote before about how stunningly beautiful the Moscow Metro is. Take for instance the Komsomolskaya station (you can read about it in my post "A Museum with Two BILLION Visitors"). But did you know that Russia's capital city metro can also be entertaining? Street musicians are a common sight in metros around the world, but the... END_OF_DOCUMENT_TOKEN_TO_BE_REPLACED 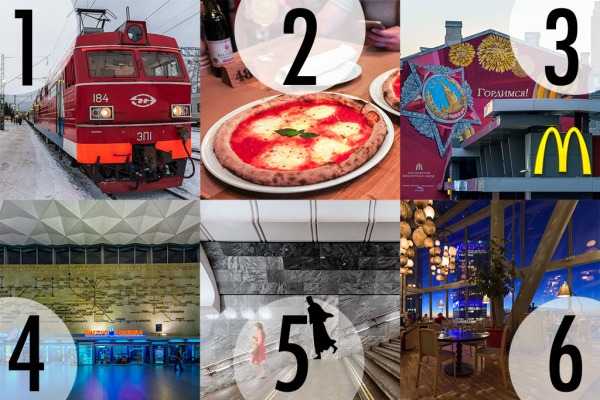 Time flies, when you are having fun. That's how the old saying goes and I guess it also applies when you are posting your impressions on the largest country in the world: Russia. Since June 10th, when I published my first post with the first picture I ever took in Russia, another 99 have followed,... END_OF_DOCUMENT_TOKEN_TO_BE_REPLACED 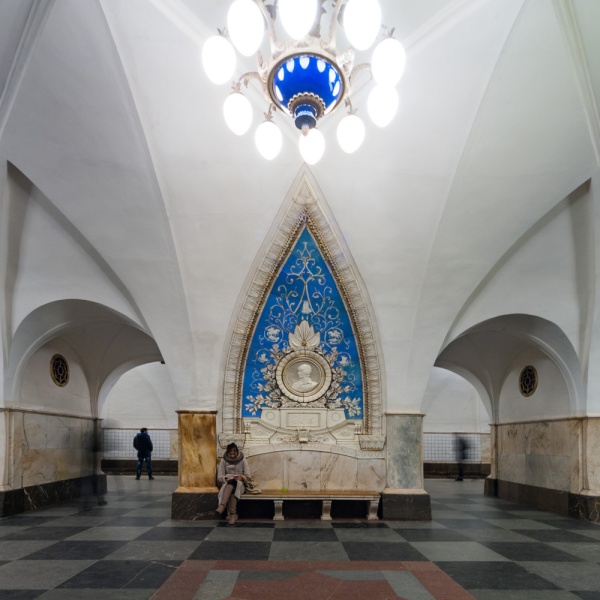 Taganskaya is a beautiful station on the brown n.5 Koltsevaya Line (circular line) of the Moscow Metro. Designed by architects K. Ryzhkov and A. Medvedev, the station opened on 1 January 1950. 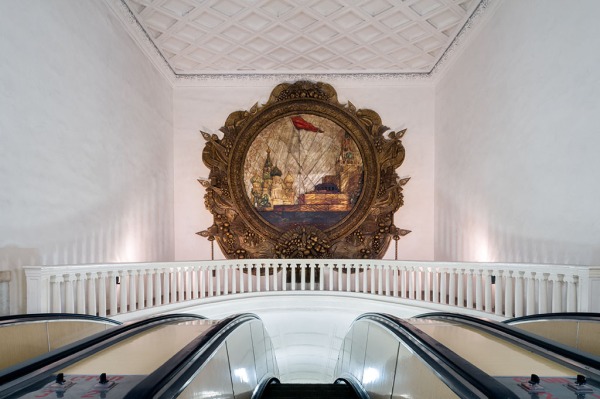 Paveletskaya was built to a design by Alexey Dushkin as a temporary deep (33.5 meters underground) pylon station of London type - with two side platforms, but without a central hall. Work on converting Paveletskaya to a fully functional station commenced in 1950; the station was reopened February 21, 1953, only 12 days before Stalin's death. We can, therefore, say that this station is one of the very last examples of Soviet architecture built under Stalin. 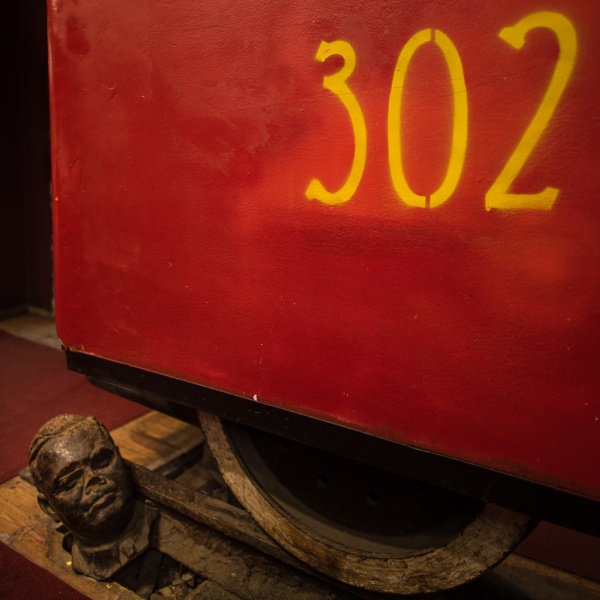 The Bulgakov House is situated on the ground floor of Bolshaya Sadovaya ulitsa no. 10 in Moscow, in the building where the Soviet writer used to live, and in which some major scenes of his masterpiece are set. In the novel, though, Bulgakov didn't situate the building at number 10, using instead the number 302-bis, to denounce the complexity of the Soviet administration in his time.