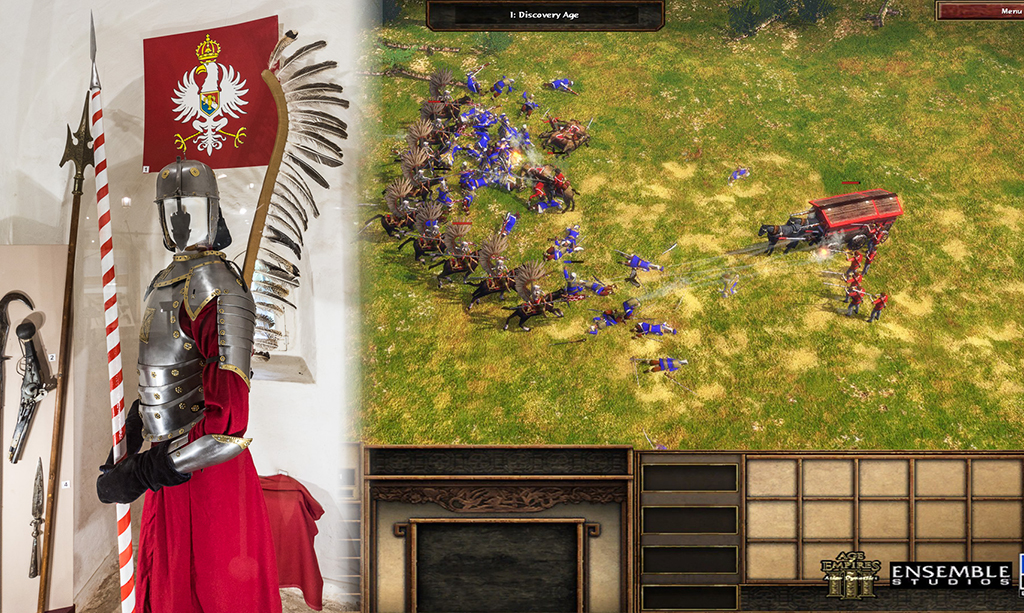 The city of Smolensk is one of the oldest in Russia. The first recorded mention of the city was 863 AD, two years after the founding of Kievan Rus’. Throughout its history, also due to the fact that the city lays in the westernmost part of Russia, geographically very close to other European powers, Smolensk saw a great number of battles and foreign invasions. In the early 1400s the city was conquered and became part of  the Grand Duchy of Lithuania and with tens of thousands of people living there, Smolensk was probably the largest city in 15th-century Lithuania.

In 1410 an important historical event took part and we see the first reference to a foreign elite army that all players of Age of Empires will be familiar with: three Smolensk regiments took part in the Battle of Grunwald against the Teutonic Knights. But the links between Smolensk and the video game created iconography don’t end here!

About a century later, in 1514, the city was taken by Vasily III of Russia. In order to repel future Polish–Lithuanian attacks, the city was heavily fortified. The stone kremlin constructed in 1597–1602 is the largest in Russia. It features thick walls and numerous watchtowers. But heavy fortifications did not prevent the fortress from being taken by the Polish–Lithuanian Commonwealth in 1611 after a long twenty-month siege.

In the city’s museum (the website of which in Russian only) you can see many remnants of these battle, as well as the subsequent ones against Napoleon’s army (in August 1812, two of the largest armies ever assembled clashed in Smolensk. During the hard-fought battle, described by Leo Tolstoy in War and Peace, Napoleon entered the city). Today’s post is about an authentic Polish Winged Hussar armour on display there with the ‘kopia’ lance, which was their main offensive weapon.

Not being an historian, I always imagined that the whole “winged” part of the Hussars had been greatly exaggerated in the videogame Age of Empires, to make these units easily recognisable during gameplay. It turns out that is not the case! As you can see from the picture above, the Hussars really sported these huge wings: a wooden frame carrying eagle, ostrich, swan or goose feathers. No one is 100% sure why these wings came to be, but the most common theory is that the hussars wore the wings because they made a loud, clattering noise which made it seem like the cavalry was much larger than in reality and frightened the enemy’s horses. Other possibilities included the wings being made to defend the backs of the men against swords and lassos.

Overall, even if not particularly large, this is a very interesting museum, (and definitely not just for all the AOE references!) situated in one of the watchtowers in the walls of Smolenk’s kremlin (which is still, for the most part, standing, in spite of all foreign attacks during the centuries!) and it is a pity that so few foreign tourists get to see it. Would you like to discover the Russia that tourists almost never get to see? If so, do get in touch and we’ll be happy to create an unforgettable, tailor-made experience for you!