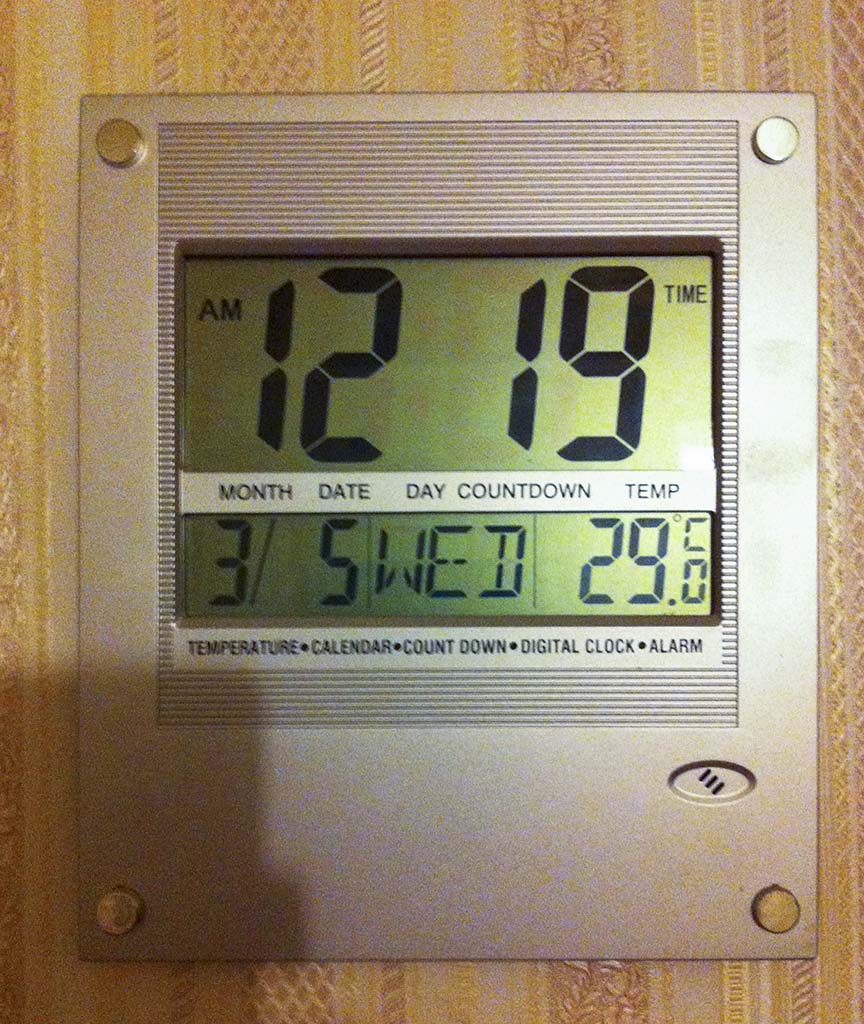 Before coming to Russia I was moderately worried about the cold during the winter months. I honestly did not suspect I’d have a problem with the heat! The picture above is a quick snapshot I took at my grandparents-in-law’s apartment in the city of Vladimir. It is March the 5th, the temperature outside is below freezing and inside it is 29 degrees Celsius (85 Fahrenheit, for my American friends)!

This is not an exception, but pretty much the norm here in Russia. And definitely not in the new houses/apartments of rich people only. On the contrary, often times older houses (like the infamous Khrushchyovkas) suffer from bad insulation and drafts, so to prevent people from getting cold, the heating is always “pumped to the max” resulting in temperatures often exceeding (and by far) a comfortable warmth. 99% of the times the heating is centralised, so there is no way to turn it down.

The cost of heating is largely NOT a concern, as it is an order of magnitude cheaper than in Europe (and in Italy in particular!).  To give you an idea, heating (and to these temperatures!) a fairly large apartment in Moscow costs between 70 and 100 Euros (or USD) per season!

Coming from Italy, it was normal for me to go visit friends during the winter, dressed in a “winterly fashion” (a shirt and a nice warm sweater, for instance), but I quickly discovered that inside a polo shirt is often times much more appropriate if you don’t want to “melt”. I know a number of people who sleep with their bedroom window cracked open when outside it is -20 degrees (-4 Fahrenheit). Russian people seem to have grown accustomed to this inside temperature and it has become a sort of standard also in stores, offices and public (enclosed) spaces in general, even public transportation. That is why it is a good idea, when you have to go in and out of building frequently (for instance if you plan on shopping in a few nearby stores) to wear the warmest jacket/overcoat you have and just a t-shirt or shirt underneath, so you can quickly adjust to the temperature difference (which can easily amount to 60 degrees – 140 Fahrenheit – in the coldest days).

Trains are also a challenge, as on long-distance ones you are often confined for days on end in a “banya on wheels” and there is no way to open any window.

So, if you plan to visit Russia in winter (and you should: it is totally worth it!), remember to pack a few t-shirts, polos and maybe even shorts to spend time at home!