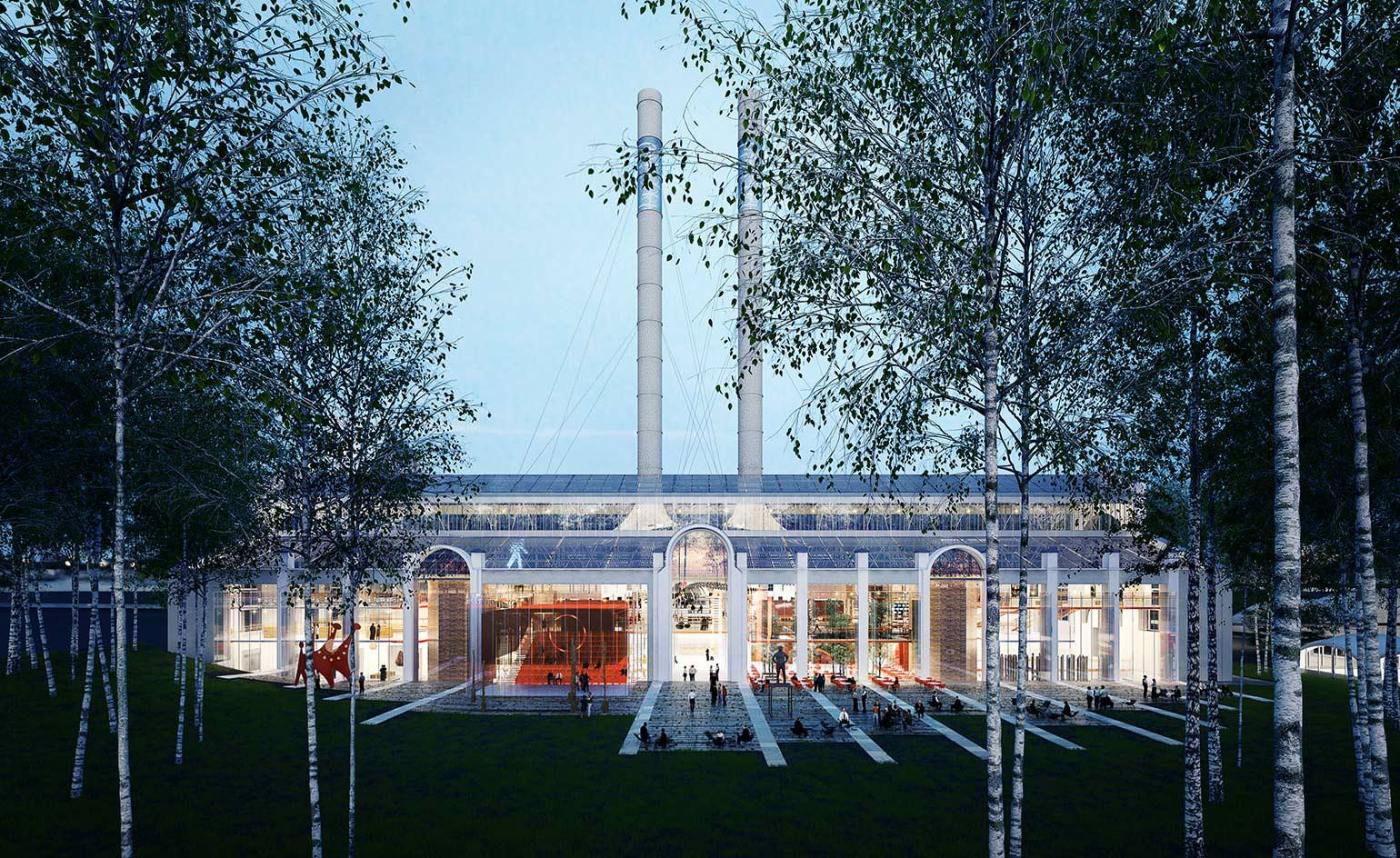 A couple of posts ago, I wrote about the late XIX century Art Deco power plants you can find in the center of Moscow. I also mentioned that The second oldest power plant of Moscow, GES-2, is currently undergoing an incredible reconstruction, which will infuse it with a new, different, life.

That’s the subject of this post, as the new lease on life for this historical building is brought about by the cooperation of two Italians and a Russian.

The “engine” behind the transformation is a Neapolitan lady who lives and works in Russia since 1989: Teresa Iarocci Mavica. Her name is not new to those “in the know” of the art world, as she had a pivotal role in establishing the Moscow’s first contemporary art foundation, Stella, and bringing world class contemporary artists to its exhibitions, amongst which Jean-Michel Basquiat and Andy Warhol.

After graduating with a degree in Industrial Civil Engineering, Leonid Mikhelson started working in 1977 as a foreman at a construction and assembling company in the Tyumen area of Siberia. He rose through the ranks very, very quickly and in the span of only 10 years in 1987 he became General Director of Kuibishevtruboprovodstroy, which fours years later was one of the first companies to undergo privatization after the dissolution of the Soviet Union.

Fast forward another 20 years and in 2008 Mikhelson starts enjoying the billion of dollars he accrued. That year he buys himself an 85 meter (280 ft) superyacht, Pacific, and he starts collecting modern and contemporary art.

The following year, he asked Teresa Iarocci Mavica to become the curator of his growing art collection, and she refused. Mikhelson, like all billionairs, is not used to hear many “no”, if any, so he was much more intrigued than disappointed by her answer. They began a dialogue and over time Mavica convinced him to undertake the role of the patron, rather than that of the collector.

This meant creating a foundation, rather than a private collection, and making sure that the art was readily accessible to all people.

The foundation is called V-A-C ( it stands for Victoria, the Art of being Contemporary) and it is named for Mikhelson’s daughter, an art history graduate who may or may not one day take over the reigns. But for now, it is Mikhelson and Mavica who are on a mission to bring international contemporary art to Russia, and Russian art to the world.

The perfect physical place where to bring this project to life materialized a few years ago, with the shutting down of operation and sale of Moscow’s second oldest power station: GES-2.

To re-invent this space, Mavica turned to world-famous Italian architect Renzo Piano, whose first major project had been very similar, both in scope and in the type of building being transformed, with the Centre Georges Pompidou (1971–77) in downtown Paris.

The Architect fully understood and embraced the project, imagining both an open, light-filled interior and a garden that will change the appearance of the whole area, just a few hundred meters from the Kremlin.

The presence of Italian architects in Moscow goes all the way back to the end of the 15th century, the time of Ivan the Great , when Aristotele Fioravanti, arrived in the Russian capital to construct a new cathedral on the site where the Dormition Catehdral had crumbled (1465-1479). His construction stood for over five centuries, surviving the fall of dynasties and regimes, and can still be admired today. In 1490 he was joined by compatriot Pietro Antonio Solari (known in Russia as Pyotr Fryazin), who built seven of the 20 towers of the Moscow Kremlin, including including the Borovitskaya, Konstantino-Eleninskaya, Nikolskaya, Corner Arsenalnaya towers and the Spasskaya Tower, which has always served as the main entrance to the Kremlin. In 1505 Aloisio Nuovo brought some more Italian Style to the Zar’s seat of power by building the Cathedral of the Archangel.

The 18th century saw a second “invasion” of Moscow by Italian architects, especially Giovanni Maria Fontana, Francesco Camporesi, Joseph Bové (Giuseppe Bova, born in Saint Petersburg into a family of Neapolitan artists) and especially Domenico Gilardi (1785–1845), who made a name for himself in Russia by contributing to the restoration of Moscow after the great fire of 1812. The the Lunins’ House (dom Luninyh or дом Луниных), which he designed, is now the seat of the State Museum of Oriental Art.

In regards to the presence, the mark, the successes and failure of more modern “archistars”, you can red the post about Le Corbusier in Moscow.

The images of this post are created and owned by Renzo Piano Building Workshop – RPBW Architects, which holds their copyright.
The use of such images is believed to fall under the fair dealing clause of copyright law. This images are used with the permission of RPBW, but on the understanding that they can request its removal at any time.

One thought on “Renzo Piano in Moscow”