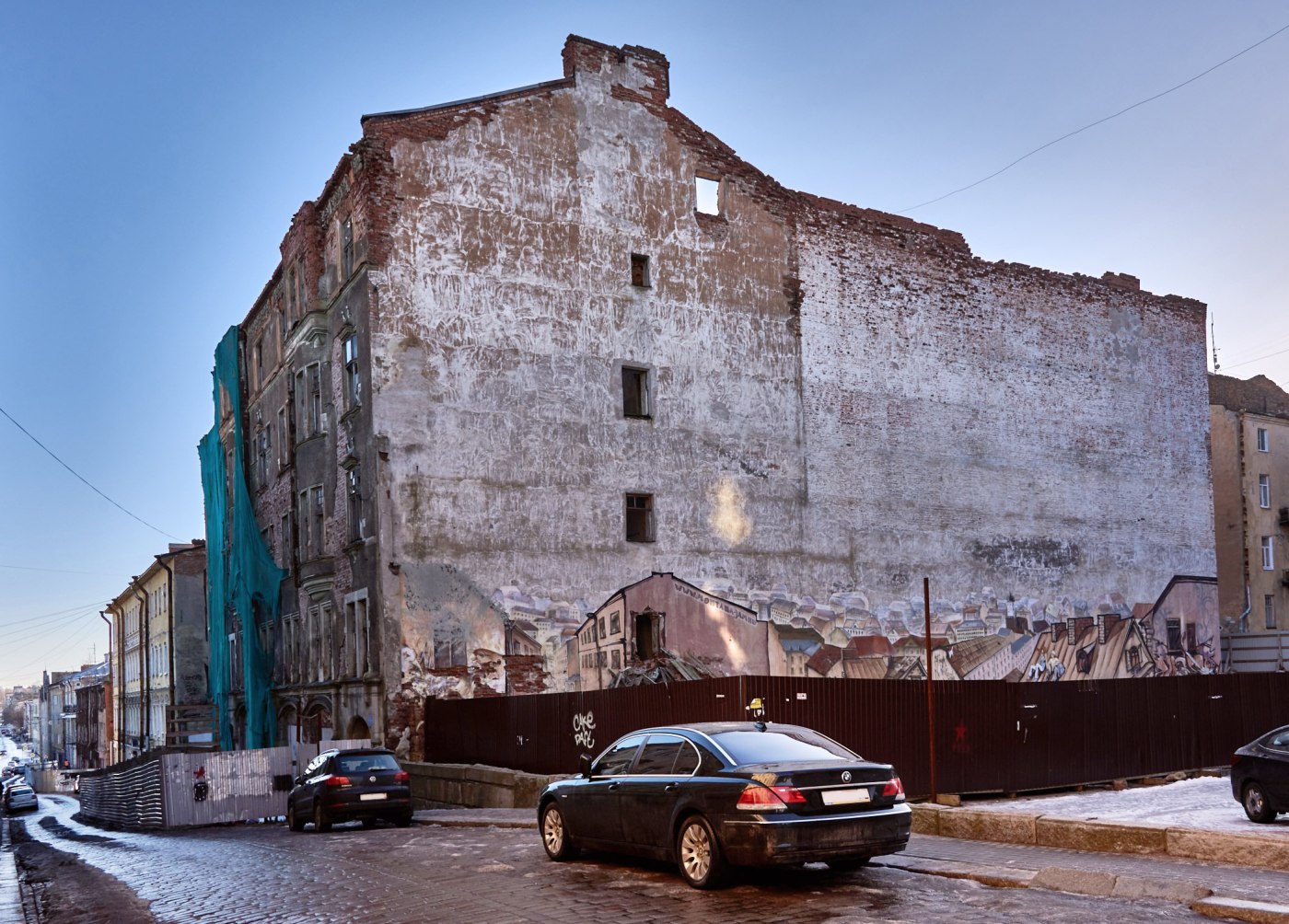 Before moving to Russia, I had lived in a number of different countries for extended periods of time, but my first impression was that I had never seen such a stark contrast between poverty and wealth as I have here.

In other parts of the world the classes tend to “mix less” and this contrast is somewhat “diluted” by geographical distances. To make a banal, but easy to understand, example, in the United States you are likely to see many more Mercedes, Bentleys and luxury cars in general in Beverly Hills than you are in the Bronx. To move from one extreme to the other, of course, you don’t have to travel “coast to coast”, but as a rule of thumbs in poor neighborhoods you are likely to see very few, if any, luxury vehicle (with the exception of a “pimped-up gangsta style” SV here and there).

In Russia things are way more “mixed up” and, at least to a foreigner, it happens that much more often to see cars that seem utterly “out of place”, such as a disproportionate number of Mercedes and the likes in what appear to be “working class” neighborhoods or in small rural towns (I’ve personally seen a couple of Bentley Bentaygas in remote villages hundreds of miles from the nearest big town.

I tried to “break it down” into a series of reasons

It is hard to believe, especially if you are a foreigner not living in the country, but wealth inequality in Russia is actually not much bigger than in many other parts of the world (including the US).

Wealth inequality, or, more precisely, wealth distribution in a society is measured worldwide by what is called Gini index or Gini coefficient. Without getting too technical, it is a ratio between the richest and the poorest and it creates a percentage that represent “the amount of inequality” . The unattainable extremes are 0% (everyone in the Country is exactly equally as rich as everyone else) and 100% (one person in the country hold ALL the money). So, basically, the higher the number, the higher is inequality (things are bad) and the lower the number, the more evenly distributes money is.

Let’s see the net income Gini coefficient of some States, which basically measure the difference in how much people are getting payed:

So, Russia isn’t a Socialist utopia, and it is doing worse than the average of the world, but not by that much (and so is the USA) and it is not nearly as bad as other countries.

Yes, but who holds the real riches? What about the famous Russian Oligarchs? There’s a Gini coefficient for that, too! This time 0% would mean that all riches are equally divided between everyone (basically each person has as much money in the bank as everyone else) and 100% means that one person holds all the money of the country.

So, again, Russia fares worse than the world’s average, but this time actually better than the USA (would you have imagined that?).

In all the other countries I’ve lived in, the idea of owning a car that costs more than your house is preposterous. Not so much in Russia.

Moscow and Saint Petersburg are, to some extent, a different story, as housing costs in Moscow are through the roof, at least compared to Russian wages and cost of life. But outside the Capital and the second largest city in the country, the price of an apartment or a house becomes much more reasonable, and not just in small towns.

I’ll readily admit that I am not familiar with the Asian part of Russia, put in the European part of the country (which albeit much smaller is home to 77% of the population) a small apartment starts at around 15.000 USD and for 50-60.000 USD you can get a palatial apartment or a house with all comforts. Therefore, an individual who has “spending budget” of 150.000 USD for both a house and a car is in an easy position to spend more (much more) for the latter than for the former.

Living in Moscow and Saint Petersburg is very expensive. Not just in terms of money, but time, as well. The amount of time you have to spend every day to get anywhere is measured in hours, often many hours. In spite of the metro carrying 7 million passengers per day, Moscow is sadly renowned for its traffic congestions and its sheer size means that going to a different neighborhood can equate to a trip of tens of miles. Millions of people, moreover, live in the suburbs and commute to the city every day. In Saint Petersburg the situation isn’t much different.

This has two effects.

First, many people spend a great deal more time in their car than they do at home (at least waking hours) and therefore tend to be much more interested in their automobile than in a place they basically just sleep in at the end of a long working day. During the week-end most everybody wants to leave the city and go enjoy the nature in the dacia, or country house, which in Russia is not considered a (great) luxury and it is accessible to most families.

Second, a lot of rich people own a nice comfortable house outside the city, but sometimes (or often) they do not want to spend hours in traffic every day to get home. So they buy (or rent) a basic apartment near their place of work. This often happens to be in a working class neighborhood (or, at least, in a former working class neighborhood) and so it is very common place to see Mercedes, BMWs and the likes parked outside an old Khrushchyovka or Brezhnevka. As a tourist or a foreigner who doesn’t know the reason behind it, this seems to make no sense at all!

A factor that certainly discourages people from owning a very nice car when they live in a “less than very nice” neighborhood is the associate cost of a garage to avoid the risk of theft and the price of the insurance that, because of that very risk, is quite high.

Car theft, as well as all quality of life crimes, is very low. Very, very low.

As you can see from the graph above, car theft has been steadily decreasing in frequency all around the world. In Canada it fell by a whopping two thirds in about a decade, going from over 310 per year every 100,000 people to just under 134. In the US it is still over 160 and in Italy it is sadly still over 200 stolen cars per year per 100,000 people. Russia really stands out in this respect. The number of stolen cars per year went from a maximum of 49.4 in 2004 to just over 31 in 2015 (the most recent data I was able to find) and if the trend is still going it is probably in the mid to high 20s by now.

This is, in my opinion, by far the most important aspect.

Russians, as a whole, are growing richer, and even more significant than that, they are optimistic about the future.

I clearly remember I dialogue I had with a friend, just a few weeks after arriving in Russia. He was in his mid 20s at the time, with a stable girlfriend, but still living at home with his parents. And he had just bought a 40,000 USD BMW. I was shocked. I could not understand. I remember asking him what on earth had persuaded him to make such a choice. «In five year’s time – I tried to explain to him – your new car will be worth one tenth, at best one fifth of what you paid for it. Had you bought a house, in five year’s time you would still have the same value at your disposal should you choose to sell it». He’s reply left me speechless and to me, it embodies Russian youth optimism toward the future. «I am 25 years old now – he said – and I have 40,000 dollars to spend on either a house, which I don’t care much about, or a car. I get what is important to me now. And if I have 40,000 dollars to spend now, in five year’s time I will have at least 50,000, don’t you think?»

This positive outlook and the constantly growing spending capacity probably explains why, talking about cars, Toyota, Mercedes-Benz and Lexus combined account for around 45% of total imports. And why it is common to see them parked in front of run-down buildings…

One thought on “Russia, a land of (visible) contrast”