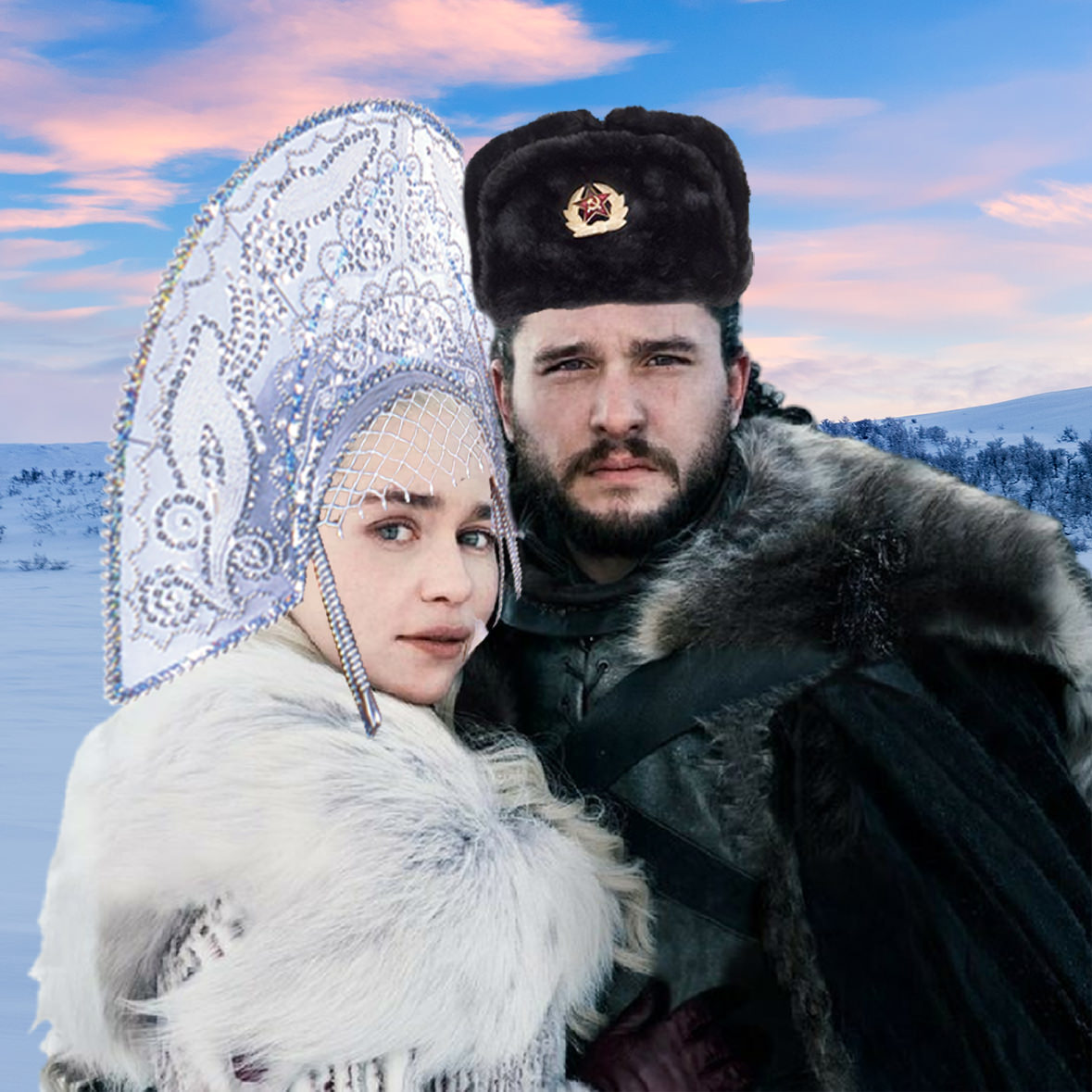 Two days before the long awaited Season 8 of Game of Thrones! Are you as excited as I am?

For each House in George R.R. Martin’s fantasy world, I searched for a Russian city that has a similar Coat of Arms and decided to have a little fun imagining how the main characters of that House would look like if they belonged, instead to the “equivalent” Russian “Dom” (Dom means “house” in Russian).

So for the first post I looked at House Targaryen and I found out that it is a pretty good match for the Kazan Coat of Arms:

The Targaryen sigil is a red three-headed dragon, on a black field, while the historical symbol of Kazan is the mythical dragon-like creature Zilant, often mentioned in legends. The Zilant is black with red wings and a red tongue… close enough, don’t you think? And it is even wearing a crown, maybe symbolizing that it is the Dom/House of the rightful heir to the Iron Throne?

So, for Jon Snow, who is really Aegon Targaryen, but he doesn’t know because, well… he knows nothing, I chose an iconic Russian Ushanka (literally “ear flap hat”) which goes very well with his Night’s Watch Lord Commander outfit. I picked the official one from the Red Army as a good omen because already one in the past people with this insignia defeated the “whites” and because he step down from his role of King to become a military man.

For Daenerys, on the other hand, i chose the “headwear” (we can’t really call that a hat!) of the Russian fairy tale character of Snegurochka. Besides being both imaginary characters, they also have in common the fact that at a certain point in life they became better known in relation to their relatives. Let me explain: Daenerys is “the mother of dragons” and Since Soviet times, Snegurochka is depicted as the granddaughter and helper of Ded Moroz (the Russian Santa Clause).

Let me know if you like this “game” and I will try to do at least one for every episode of GOT Season 8! 🙂

If you found this post useful, interesting or entertaining, please do consider becoming a Patron of this blog. Every little bit helps a lot!

And now credit where it is due for the pictures:

For the cover image: https://www.deviantart.com/nickelbackloverxoxox/art/Jon-Snow-and-Daenerys-Targaryen-GoT-PNG-771815874

For Kazan’s Coat of Arms: https://en.wikipedia.org/wiki/Kazan#/media/File:Coat_of_Arms_of_Kazan_(Tatarstan).svg

One thought on “Russian Game Of Thrones – Dom Targaryenovsky”