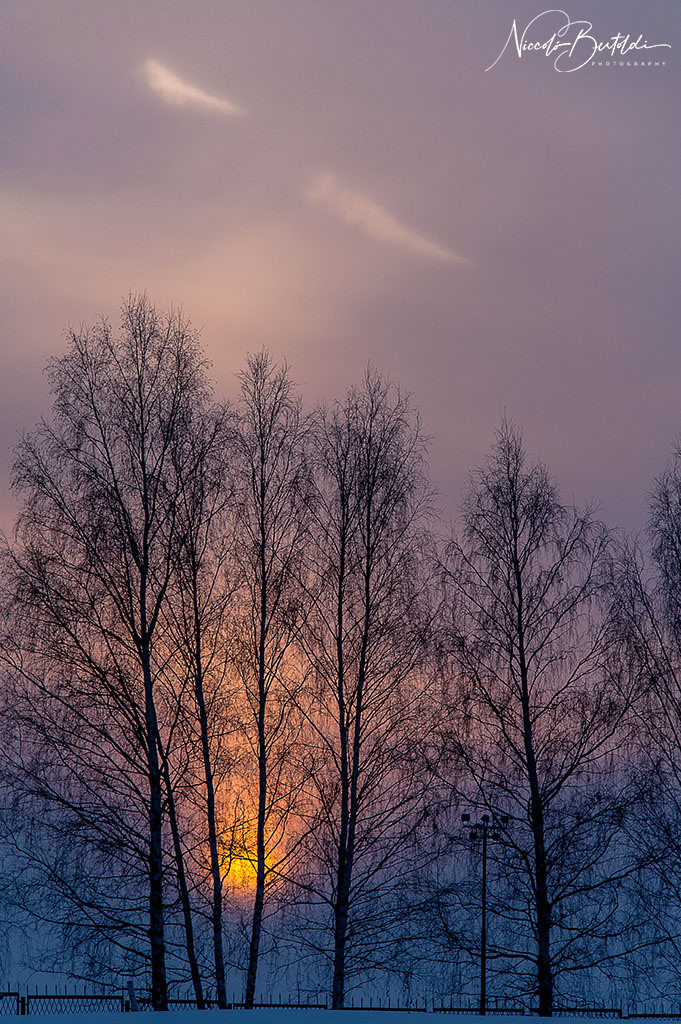 In parts of Russia, unsurprisingly for those who are familiar with the climate of Siberia, for instance, temperature dropped below freezing and snow arrived already in the month of September, but, at least for the European part of the country, this has been a very mild fall.

This is not a tremendously unusual situation, but its frequency in the last years is viewed by many as an unequivocal sign of climate change (though by definition, regional climate change is regional, not global). Let’s analyze the situation in Moscow, which is very well documented historically also thanks to the VDNKh weather station, which opened in 1948 on the grounds of the All-Russia Exhibition Centre and is still operational.

Snow cover in Moscow (averaging 3–5 months per year) is formed at the beginning of November and melts in beginning of April, but in recent years snow cover has lasted shorter than usual. For example, in the winter of 2006–2007 the snow cover didn’t form until the end of January, and melted at the beginning of March; in 2007–2008, the snow cover melted at the end of February, and in the 2008–2009 winter, snow cover didn’t form until the end of December, which is one month later than usual. Yet in 2011-2012 it melted in the middle of April. This year the Russian capital has yet to see any “real” snowfall: it did snow now and then in November, but the snow melted completely and rapidly (within a few hours).

Part of the explanation is, indeed, due to the tremendous urban growth of the city, which now officially has a 17 million inhabitants (but the unofficial figure is around, if not over, 20 million). Temperatures in the centre of Moscow are therefore often significantly higher than in the outskirts and nearby suburbs, especially in winter. For example, if the average February temperature in the north-east of Moscow is −6.7 °C (19.9 °F), in the suburbs it’s about −9 °C (16 °F). The temperature difference between the centre of Moscow and nearby areas of Moscow Oblast can sometimes be more than 10 °C (18 °F) on frosty winter nights.

Another part of the explanation is, no doubt, the global warming phenomenon. Russian authorities always acknowledged that this process is real, although their “attitude” towards the problem and the analysis of the causes are less than unequivocal.

In November of 2015, Russian President Vladimir Putin made a very strong statement at the United Nations Climate Change Conference in Paris. He said that “the quality of life of all people on the planet depends on solving the climate problem. Russia’s efforts have slowed global warming by almost a year. We were at the same time able to nearly double our country’s GDP over the same period. We consider it crucial that the new climate agreement be based on the UN Framework of Climate Change and that it be legally binding”. He also added (and this should always be considered) that Moscow had “exceeded” its obligations under the Kyoto Protocol. In fact Russia would not need to implement any new policy to achieve its current Intended Nationally Determined Contribution (INDC) target of 25 to 30% below 1990 levels by 2030. But, on the other hand, this is less ambitious than it appears at face value: it lies significantly above current policy projections. The large drop in emissions since 1990 is not explained by ambitious policies, but rather by the collapse of the centrally planned economy in the early 1990s.

In March of 2017, a new Russian president declaration had a very different tone. In a broadcast from an Arctic forum held in the northern Russian city of Arkhangelsk, one day after visiting the Franz Josef Land archipelago in the Arctic, Putin claimed that icebergs had been melting for decades and suggested that global warming was not mankind’s fault. “The warming, it had already started by the 1930s, – Putin said – that’s when there were no such anthropological factors, such emissions, and the warming had already started”. He then went on to add that: “the issue is not stopping it… because that’s impossible, since it could be tied to some global cycles on Earth or even of planetary significance. The issue is to somehow adapt to it”.

Then just a little over a month later “the hurricane came”. When a squall tore through Moscow at the end of May, the toll was unusually high: the fierce gales killed 18 people and injured hundreds more, and inflicted about 3.5 billion US dollars in damages in Russia’s capital region. In September (2017) Russia’s government fired the head of its weather forecasting agency, the Federal Service for Hydrometeorology and Environmental Monitoring, or Roshydromet. Alexander Frolov, 65, had surpassed the mandatory retirement age for civil servants, but the real reason he was forced out, observers say, was Roshydromet’s failure to anticipate the late-May storm’s intensity and warn Muscovites accordingly. His ousting also sent a message to the environment ministry, Roshydromet’s overseer. The state prosecutor’s office, according to the newspaper Kommersant, demanded that the ministry take steps to increase the accuracy of forecasts in light of a changing climate.

The new charge to the environment ministry seems to once again reflect a profound change in Russia’s views about climate change and how the nation must respond. Politicians have acknowledged that extreme weather events have doubled over the past 25 years, to 590 in 2016, and that average temperatures are rising, particularly in the Arctic. Yet until recently, tackling climate change was a low priority for the federal government.

This “mixed bag” of reactions can, at least partially, be linked to the “mixed feelings” Russia must have towards global warming. If, on one hand, extreme climate (heat waves, droughts and forest fire increase in intensity and frequency of storms, to name a few) have an obviously adverse impact on the well-being of the nation, it is also true that Russia would actually benefit from an increase of temperature. A recent International Monetary Fund (IMF) study found that the CEE/CIS region as a whole is set to benefit disproportionately from hotter temperatures. 1 degree Celcius increase would boost the economies of a total of 13 countries across the region, more than half of the 22 countries worldwide that the IMF anticipates will benefit. This includes Russia, where a 0.83 percent increase in per capita output is expected if temperatures rise 1 C, along with Belarus, the Baltic states, Kazakhstan and Kyrgyzstan.

The melting of the polar ice cap, albeit a mounting catastrophe in global terms, is also seen by some as good news for Russia, whose ships are now able to navigate Arctic waters. This will also help open up exploration of the Arctic continental shelf, where substantial energy reserves still lie untapped. Recognizing the potential of the Russian Arctic, Moscow plans to spend 209 billion rubles (3.4 billion Euros) in the region over the next three years, with state and commercial companies are pledging billions more.

Finally, it can not go unnoticed that Russia’s economy still depends heavily on pumping oil and gas out of the ground and selling them to other nations, as long as they are willing to consume…

Would you like to discover the Russia that foreigners rarely, if ever, get to see, with an English (and Italian, Spanish and French) speaking photographer (me and my wife) showing you the sights and telling you a bit about Russian history and traditions, while helping you to improve your technique and take home some spectacular images of the largest country on Earth? If so, do get in touch and we’ll be happy to create an unforgettable, tailor-made experience for you!

2 thoughts on “The Russian Winter is finally here… or is it?”