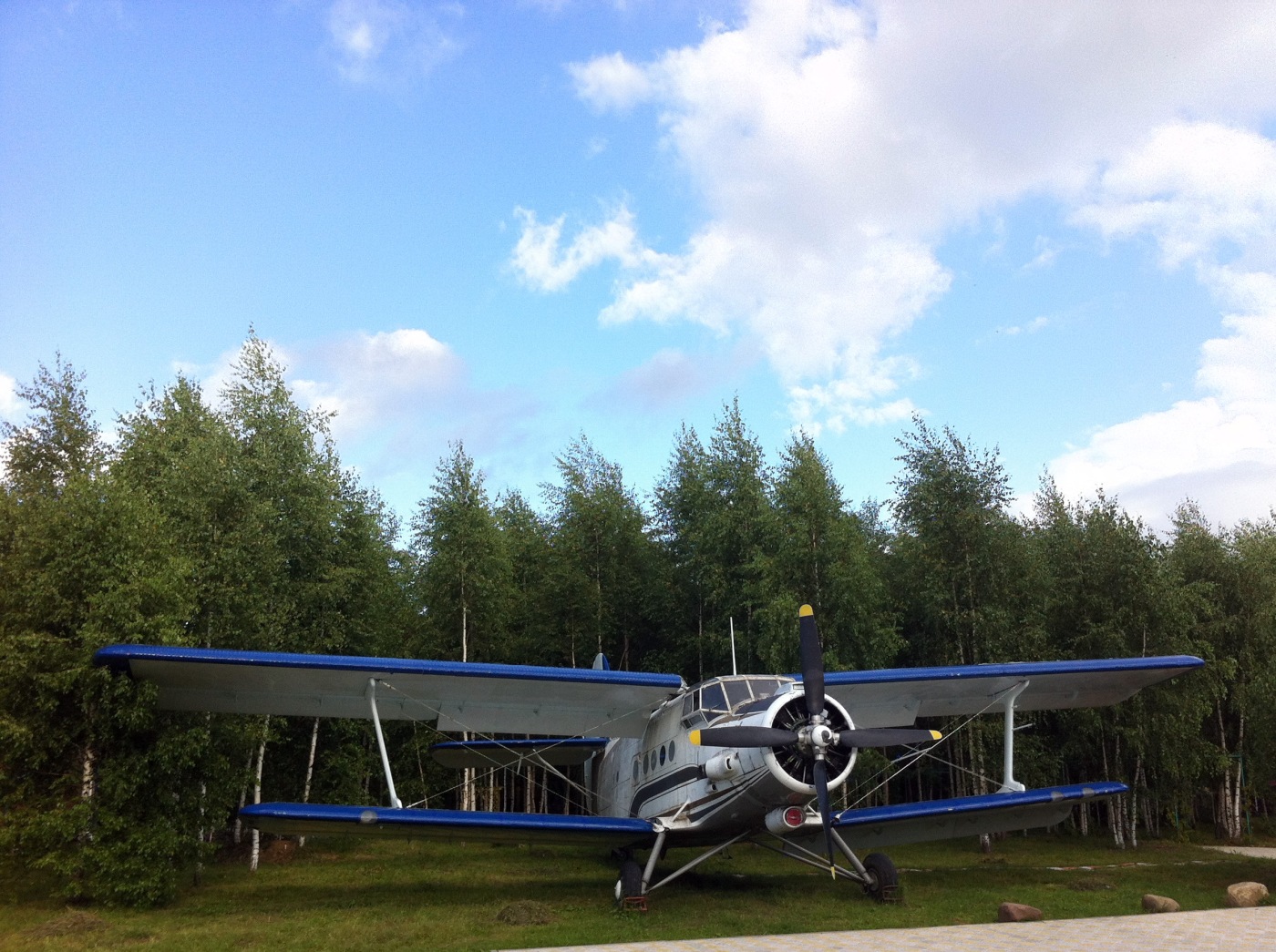 The Antonov An-2 was one of the most successful  Soviet propeller planes. Nicknamed “Annushka” or “Annie”, it flew for the first time on 31 August 1947. It was used as a light utility transport, parachute drop aircraft, aerial agricultural work and many other tasks suited to this large slow-flying biplane. Its slow flight and good short field performance make it suited for short, unimproved fields, and some specialized variants have also been built for cold weather and other extreme environments. The Guinness Book of World Records states that the 45-year production run for the An-2 was for a time the longest ever for any aircraft.

The An-2 has design features which make it suitable for operation in remote areas with unsurfaced airstrips:

A note from the pilot’s handbook reads: “If the engine quits in instrument conditions or at night, the pilot should pull the control column full aft and keep the wings level. The leading-edge slats will snap out at about 64 km/h (40 mph) and when the airplane slows to a forward speed of about 40 km/h (25 mph), the airplane will sink at about a parachute descent rate until the aircraft hits the ground.”

I took the AN-2 picture you see above in a lovely, little hotel and holiday resort just a few kilometers North of the city of Tver, where it rests and provides endless entertainment for children and aviation enthusiasts alike, as it is possible to climb onto its wings and even explore the interior, including a perfectly preserved flight deck.

The Google map image of the area is obviously a bit old and you can still see the plane resting in its previous position, just a few hundred meters to the South, outside of the resort.