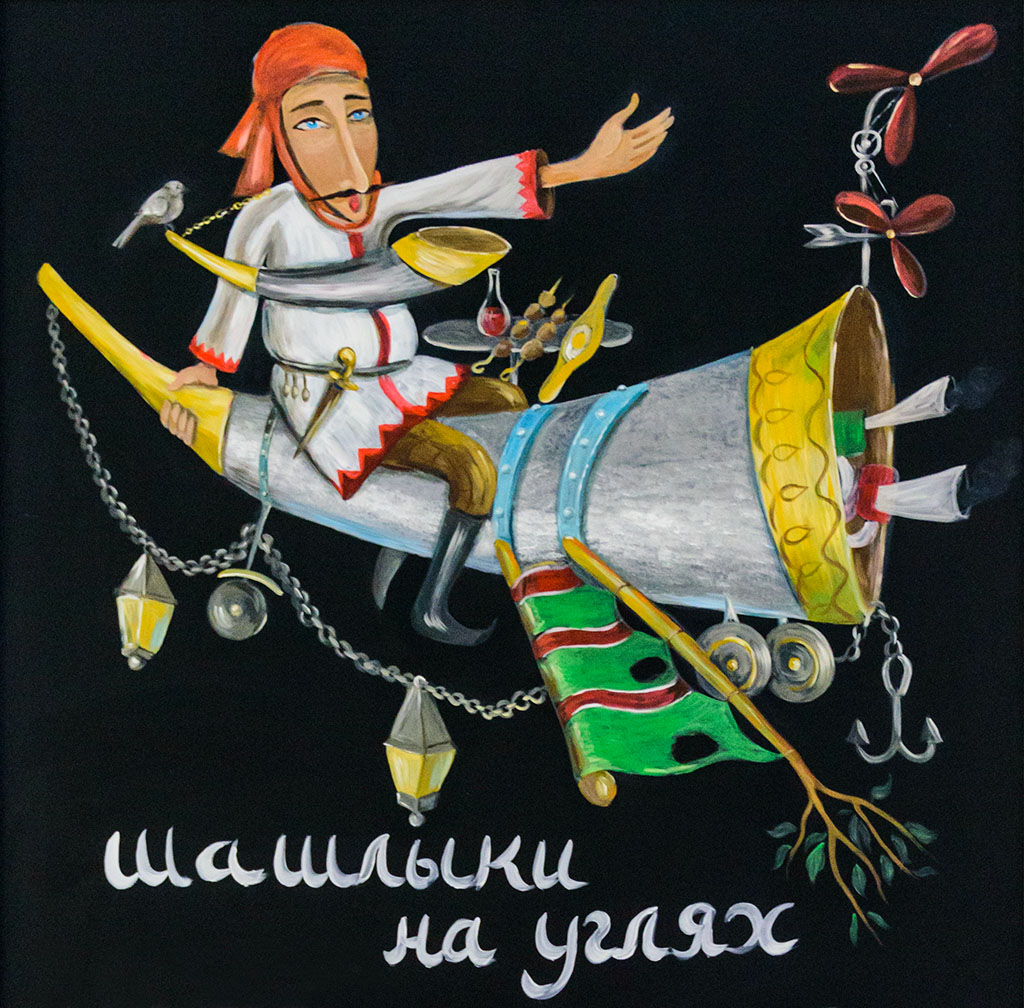 In a post I published a while ago about Europe’s largest mall (Shopping “to dive for” in Moscow), I wrote as a travel tip that: “it is important to note that oftentimes in these malls you can also find very good, fashionable and elegant restaurant“.

Today I want to expand on that (as previously promised in the aforementioned post) and tell you a bit about Kmeli Suneli, a fantastic Georgian restaurant you can find in Aviapark.

Once again, let me tell you that (unfortunately for me!) this blog is NOT sponsored in any way and the ones you are reading are my sincere personal opinions. In this case, however, it seems that liking this restaurant very much isn’t just my opinion, as the community of Trip Advisor named it the 20th best restaurant in Moscow (out of a whopping 11,675 Restaurants in the Russian Capital!).

Khmeli suneli (this time I will also write it in Georgian just because of how incredibly cool their alphabet is!  ხმელი სუნელი, literally “dried spices”) is a traditional Georgian spice mix.  So, true to its name, the restaurant serves traditional food from Georgia (the country, not the US State!) and the Caucasus region.

Some of the specialities include the traditional khachapuri po-adjarsky and its variant with an egg yolk on top, Khinkali (which can be described as mouth-watering Georgian ravioli, both steamed and fried) and the unmissable Shashliki (which in the States are usually called Shish Kebabs) with the appropriate accompanying sauce.

The restaurant is not a “dirt cheap” fast food place. The food quality is amazing and the portions generally generous. It might be considered slightly expensive for Russian standards, but it is not for Moscow standards and it is quite inexpensive for “western standards”. What does that mean, in practice? Well, you can have a darn good dinner for 20 Euros/USD and literally feast with 30. One of the main reasons for that is that being inside a shopping mall where Moscovites regularly go, it is as far as you can get from being a tourist trap!

One of the top reviews on TripAdvisor says: «It’s in a mall food court- don’t let that put you off!». And I couldn’t agree more with the author!

Would you like to discover the Russia that tourists rarely get to see and make the most of your journey in the largest country in the world with an English speaking guide at your side? If so do get in touch and we’ll be happy to organise an unforgettable, tailor-made experience for you!