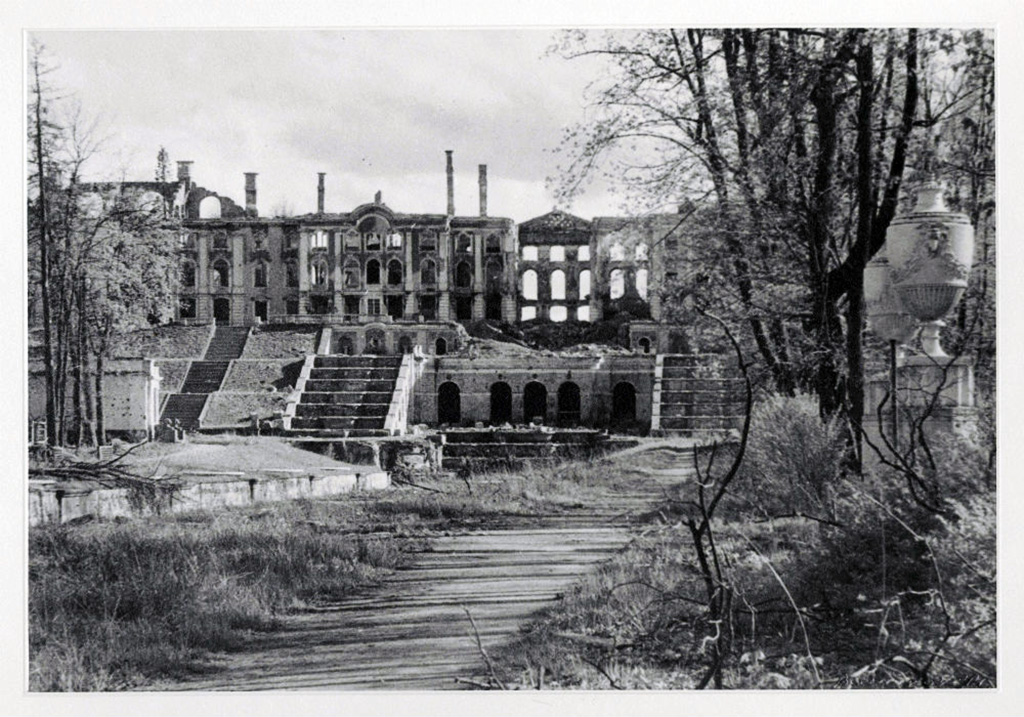 The 8th of September 1941 is one of the saddest days in the history of Saint Petersburg (which was called Leningrad, at the time) and the first of 872 days of siege by the Nazis.

The two-and-a-half year siege caused extreme famine in the Leningrad region through disruption of utilities, water, energy and food supplies. This resulted in the deaths of up to 1,500,000 soldiers and civilians and the evacuation of 1,400,000 more, mainly women and children, many of whom died during evacuation due to starvation and bombardment. This is the largest loss of life ever known in a modern city. Piskaryovskoye Memorial Cemetery alone in Leningrad holds half a million civilian victims of the siege.

In the senseless tragedy that war always is, here taken to the absolute extreme, there is a fact that, for some reason, shocked me even more. At the very end of the siege, in January 1944, when the battle for Leningrad was already lost (the siege ended on 27 January 1944) and the outcome of the war was clear, with an unavoidable Nazi defeat, the German armies, on Hitler’s express orders, looted and destroyed the historical Palaces of the Tsars, such as the Catherine Palace, Peterhof Palace, the Gatchina Palace and the Strelna Palace. Many other historic landmarks and homes in the suburbs of St. Petersburg were looted and then destroyed, and a large number of valuable art collections are moved to Nazi Germany.

To me this senseless act of destruction always seemed like the tantrum of a capricious kid who decides that if he can’t have something, then no one else can, either and destroy everything out of pure, stupid spite. That is why I chose to use, as the feature image of this post an image of the Peterhof Palace as it appeared right after the war (I found this historical image here).

The one above, on the other hand, is a picture I took a few weeks ago of the same palace, fully restored along with its park and famous fountains and returned to its former splendor.

If you are interested to know more about the Siege of Leningrad, here’s a very brief history I’ve put together, mainly condensing the Wikipedia page about the blockade.

Artillery bombardment of Leningrad began in August 1941 and by 8 September, German forces had largely surrounded the city, cutting off all supply routes to Leningrad and its suburbs. Unable to press home their offensive, and facing defences of the city organised by Marshal Zhukov, the Axis armies laid siege to the city for what will become known in history as “900 days and nights.” German shelling and bombing killed 5,723 and wounded 20,507 civilians in Leningrad during the siege, a small percentage of the total number of victims, but cause immense damage to the basic infrastructures and destroyed most of the city’s food supplies.

On September 8th the land encirclement of Leningrad was completed, when the German forces reached the shores of Lake Ladoga. From that moment the city was completely isolated until 20 November 1941, when the ice road over Lake Ladoga became operational.

This road was named the Road of Life. As a road it was very dangerous. There was the risk of vehicles becoming stuck in the snow or sinking through broken ice caused by the constant German bombardment. Because of the high winter death toll the route also became known as the “Road of Death”. However, the lifeline did bring military and food supplies in and took civilians and wounded soldiers out, allowing the city to continue resisting their enemy.

The air attack of 19 September 1941 was particularly brutal. It was the heaviest air raid Leningrad would suffer during the war, as 276 German bombers hit the city killing 1,000 civilians. Many of those killed were recuperating from battle wounds in hospitals that were hit by German bombs. Six air raids occurred that day. Five hospitals were damaged in the bombing, as well as the city’s largest shopping bazaar. Hundreds of people had run from the street into the store to take shelter from the air raid.

Already on September 12th 1941 the largest food depot in Leningrad, the Badajevski General Store, had been destroyed by a German bomb. Civilians in the city suffered from extreme starvation, especially in the winter of 1941–42. From November 1941 to February 1942 the only food available to the citizen was 125 grams of bread per day, of which 50–60% consisted of sawdust and other inedible admixtures. For about two weeks at the beginning of January 1942, even this food was available only for workers and military personnel. In conditions of extreme temperatures, down to −30 °C (−22 °F), and city transport being out of service, even a distance of a few kilometers to a food distributing kiosk created an insurmountable obstacle for many citizens. Deaths peaked in January–February 1942 at 100,000 per month, mostly from starvation.

To confirm the ferocity of the Nazis suffice to report that on September 22nd 1941 Hitler directed that “Saint Petersburg must be erased from the face of the Earth” and declared that “.…we have no interest in saving lives of the civilian population.” In a speech in Munich on November the 8th of the same year he went on to add that “Leningrad must die of starvation.”

The encirclement was broken in the wake of Operation Iskra (Spark), a full-scale offensive conducted by the Leningrad and Volkhov Fronts. This offensive started in the morning of 12 January 1943. After fierce battles the Red Army units overcame the powerful German fortifications to the south of Lake Ladoga, and on 18 January 1943, the Volkhov Front’s 372nd Rifle Division met troops of the 123rd Rifle Brigade of the Leningrad Front, opening a 10–12 km (6.2–7.5 mi) wide land corridor, which could provide some relief to the besieged population of Leningrad. On Januart 27th 1944, after 872 grueling days, the Soviet Leningrad-Novgorod Strategic Offensive expelled German forces from the southern outskirts of the city and the siege was finally over.

Would you like to take part in a photowalk or a photo tour of Saint Petersburg and the Tzars’ palaces or of any other Russian destination with an English (and Italian, Spanish and French) speaking guide (me and my wife) showing you the sights and telling you a bit about Russian history and traditions? If so, do get in touch and we’ll be happy to create an unforgettable, tailor-made experience for you!

One thought on “The first of the longest 872 days”