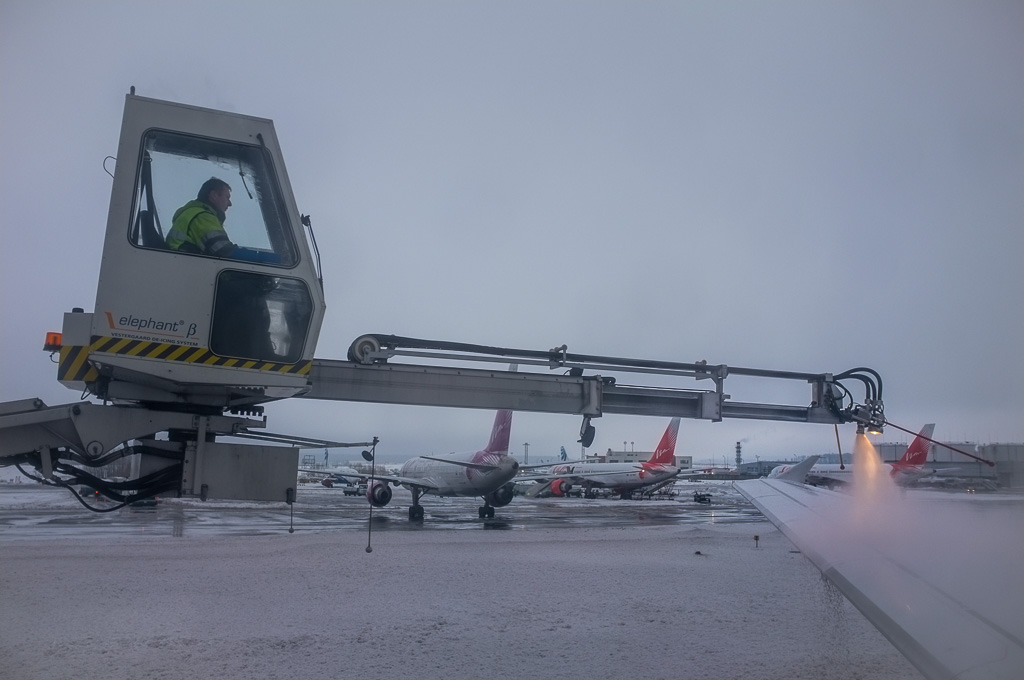 Moscow’s Sheremetyevo International Airport is a hub for passenger operations of the Russian international airline Aeroflot and it is the busiest in the Russian Federation and former USSR. In 2015 31,612,402 passengers (more than 30,5 million people) flew in and out of Sheremetevo. But Moscow is also served by the slightly less busy Domodedovo International airport, that in 2015 served 30,504,515 passengers (again more than 30,5 million people) and has the distinction of being Moscow’s only privately owned airport. But for the Russian capital that’s of course not enough. So Moscow can also count on Vnukovo International Airport that, with 15.82 million passengers in 2015 is, you guessed it, the third-busiest airport in Russia. Not satisfied with having the busiest three airports in the whole country, on May 30, 2016 Zhukovsky International Airport was officially opened 40 km southeast of central Moscow with a declared capacity of an extra 4 million passengers per year.

Besides having to cater to a combined 80 million plus passengers per year, Moscow’s airport have to contend with freezing weather for most of the year. When temperatures plummet below zero Celsius (32 Fahrenheit) a very time consuming (but absolutely critical) operation that planes have to go through before departure is that of de-icing.

De-icing an airplane before take off means that the plane has to taxi to a specific area where a special machine (or two or even three in case of the largest jumbos) douse the whole plane with hot liquid (deicing fluid) at 55-80 °C (130–180 °F,) that both removes all the snow and ice that might have accumulated and prevent ice from forming and snow from sticking to the plane. This protective coating is effective for about 20 minutes and considering that the de-icing operation itself takes a few minutes, this leaves a very short time window to take off once it is terminated. If there is any delay the plane has to go back and repeat the procedure from scratch. Considering that, besides the lost time, de-icing a large airliner costs upward of 10.000 USD, both the airport and the airlines are very keen to avoid any delay in cold weather.

Ok, after all this long rant that probably interest only aviation geeks (like me!) here’s a quick aviation-related photo-tip! There are endless photo opportunities when flying, not only the unique perspective you get from being more than 10 kilometres (over 32.000 feet) up into the air, but also, as shown in this post to make the most of the photos while the plane is on the ground. So always keep a camera with you in the cabin and try to check-in as early as possible (more and more often you can check-in on-line the day before your flight) to get the best possible seat for taking pictures. That means getting a window seat (naturally), but it is also very important to be as far to the front of the plane as possible. This way you are not over the wings (which cover a significant portion of the view you get) but you are also in front of the engines. Airplane engines produce really really hot exhaust air (but no chemtrails, please don’t believe this nonsense!) and the hot air creates a mirage-like distortion that makes your pictures much less clear! Even if you don’t want to fiddle with your bulky DSLR in an airplane cabin, a simple compact camera is often more than adequate. I shot the feature image of this post with my old, trusty, Fujifilm X100 from 2011.