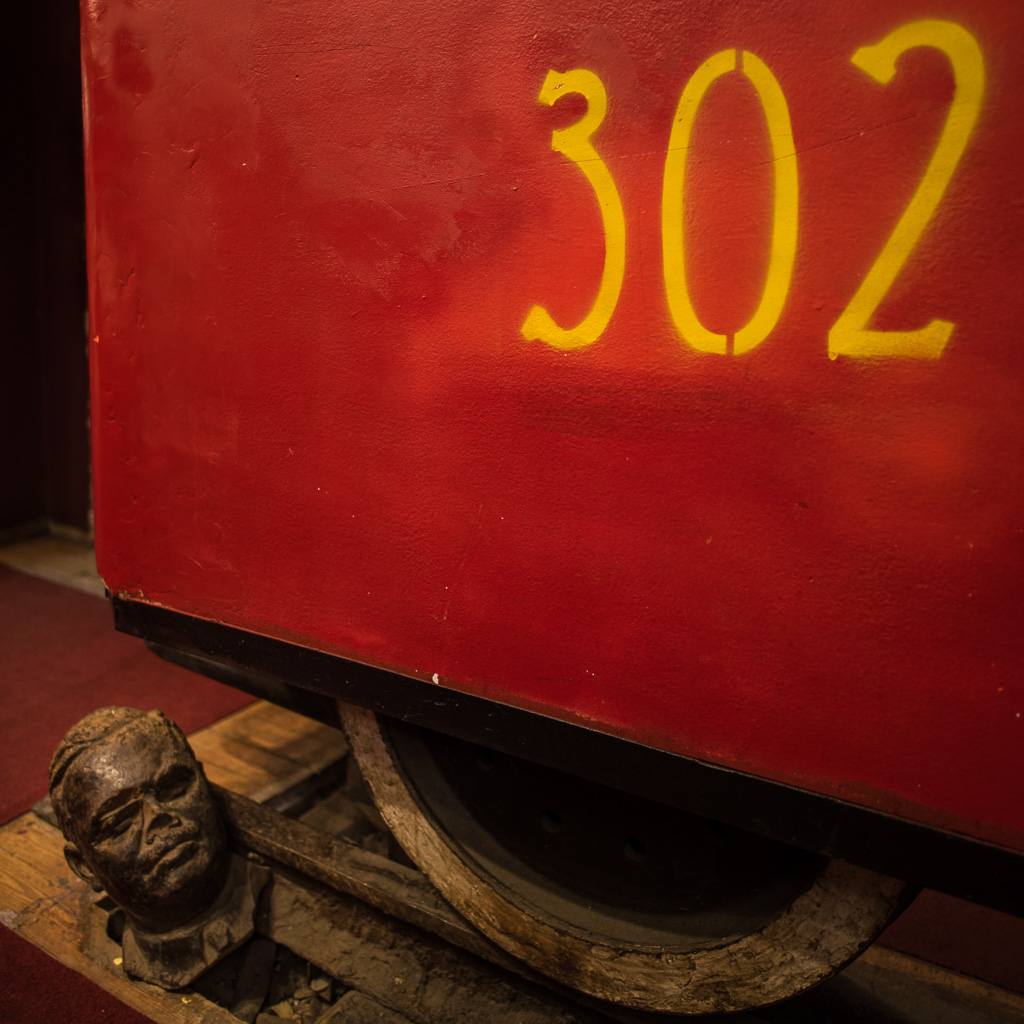 If you have never read The Master and Margarita by Mikhail Bulgakov, stop reading this post and go read the book right now! You will not be sorry, for it is such a marvellous book. I think it is my all-time favorite, and naming my all-time favorite book is not something I do lightly. If now is not a convenient time, I (selflessly) suggest you to bookmark this post, so every time you see it in your favourites, you remember that you just have to read The Master and Margarita.

Once you’ve been raptured by the book, you will want to know more about the man who wrote such a masterpiece. And to discover Bulgakov there is no better place than the Bulgakov house museum in Moscow. The Bulgakov House is situated on the ground floor of Bolshaya Sadovaya ulitsa no. 10 in Moscow, in the building where the Soviet writer used to live, and in which some major scenes of his masterpiece are set. In the novel, though, Bulgakov didn’t situate the building at number 10, using instead the number 302-bis, to denounce the complexity of the Soviet administration in his time.

Long before there was a Bulgakov museum in Moscow, Bolshaya Sadovaya ulitsa 10 was already a sort of pilgrimage for fans of the writer. The wall of the staircase leading to the apartment number 50 was overwhelmed with graffiti, drawings and quotes from The Master and Margarita. Between 1984 and 1986, the house, the staircase, and the apartment were subject of a battle between the official bodies, the caretaker of the building, and the creators of the graffiti. The graffiti were regularly removed and painted over, but the fans came back again and again to put new graffiti. The caretaker changed the entrance security code several times, but it was always broken. Eventually the official authorities gave up. In the spring of 1988, the city government gave permission to establish an official Bulgakov museum, but it would be some time before that actually happened. Some 15 years later, the whole block was renovated, and in early 2004, a handful of enthusiastic Bulgakov adepts managed to establish a museum at Bolshaya Sadovaya number 10. On 15 May 2004, the anniversary of Mikhail Bulgakov, the Bulgakov House was opened. Since the apartment number 50 was not available at that time, the Bulgakov House took up residence on the ground floor of the building. To this day the entrance is completely free.
In the same building, in apartment number 50 on the fourth floor, is a second museum that keeps alive the memory of Bulgakov, the M.A. Bulgakov Museum. This second museum is a government initiative and was founded on March 26, 2007.

The building itself has a rather interesting history. It was originally intended for luxury rental apartments and was built between 1902 and 1905 by order of the Russian millionaire Ilya Pigit, owner of the tobacco company Ducat. The building was erected in the so-called Russian Art Nouveau style at a time when Moscow came into full bloom and many new avenues, lined with trees, were constructed. The Bolshaya Sadovaya ulitsa or Big Garden street was one of those avenues, and was part of the Garden Ring around the center of Moscow. In June 1917, just before the October Revolution, Ilya Pigit sold the building to a private real estate company. It was a good move, because after the revolution, the new Soviet regime claimed the house to transform it into one of the first communal apartments buildings in Moscow. In 1938, the building lost much of its original charm as the front fence was removed to make way for a broadening of the street.

As I mentioned, the entrance is free and you shouldn’t look in a gift horse in the mouth, but it must be said that the museum is as small as the writer was great. This does not make it, however, uninteresting or not enjoyable.

There are only two main rooms dedicated to the exposition of Bulgakov memorabilia. There you can see objects belonging to the author’s “two lives”: one as a novelist and one as a medical surgeon, which was his previous profession (apparently a good number of great writers worked as medical doctors). Very interesting are the sketches that Bulgakov himself drew of the various characters of his novels and their relationship to one another and the map of the area surrounding his house, where The Master and Margherita takes place. One of those places is where the opening sequence of the novel is set: the Patriarchs ponds. It is here that poor mr. Berlioz looses his head, as foretold by Woland, a fact the visitor is reminded of at the museum entrance, as you can see in the feature image of this post. Note that, in fact, nowhere in the book the tramway number is mentioned and the yellow number 302 is painted just because it is a recurring theme in the museum.

A functioning replica tram 302 (although it is actually a diesel bus) takes visitor on tours around the area to see the the places where the action in Bulgakov’s novel takes place. The evening/night tours (depending on the period of the year) are particularly popular. The Cafe 302-bis is a cozy corner in the Bulgakov House where visitors can relax with drinks and take in the atmosphere of the 1930s. One of the eye-catchers at the Bulgakov House is a permanent resident of the house who can count on much popularity with visitors: a big, black cat named Behemoth after one of the characters of The Master and Margarita.

My main criticism to the Bulgakov museum is that there is basically no English translation of anything. If you don’t speak Russian and don’t have anyone to help you, you end up looking at a series of object and wonder what they represent as all the explanation are written in Cyrillic. But luckily for you if you want to get the most out of your visit to the Bulgakov museum, to Moscow and to Russia in general, you can easily get in touch with us and we’ll be happy to organise an unforgettable, tailor-made experience for you!