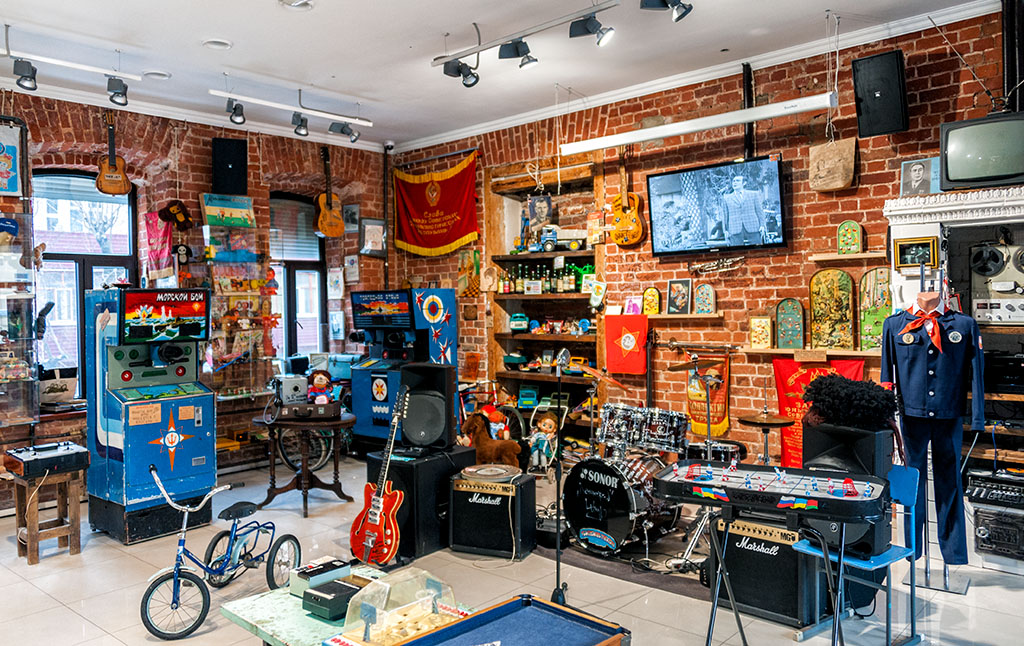 In the winter of 2011 the citizens of Kazan had an opportunity to travel some 30-40 years back in time. An exposition called “Jeans as a cult (60s – 80s)” gave a pretty unique prospective on the last two decades of the USSR, when a simple fabric (Jeans) could express all the desire for change of a nation, during the immobilism and stagnation of the late Brezniev years to the tumultuous end of the Soviet Union under Gorbachev.  Ironically, but as is often the case, the same strong desire for change that was once felt turned into a bittersweet nostalgia for the Soviet period, felt by those who were growing up in those years and the exposition proved to be a big hit. It was followed in august of the same year by a second exposition, titled “The Soviet School”, where today’s parent could relive their childhood memories “back in the USSR” and as a result of the public’s appreciation, the collection on display was turned into the Museum of Soviet Lifestyle.

Fittingly, the city authorities allocated a former communal apartment (kommunalka) in a house built in the middle of nineteenth century to house this private museum. Where 20 people used to live in about 200 square meters (a little over 2.000 square feet) you can now admire a huge collection of Soviet memorabilia.

The museum is supposedly divided into four thematic areas:

but the best way to explore it is to just wander around, as if discovering an alien world where sometimes you find items that also belong in your own childhood memories. The museum is also very “hands-on” and you can pick up and examine the majority of objects, have a go at old soviet games and even video games. A big hit with visitors is always a huge rack of authentic soviet-era clothes and hats that you are free to put on. That way you not only visit Soviet Russia in a time machine, but you also have the pics to prove it to your friends!

The entrance fee is very low and in order to finance itself the museum also sells a variety of real Soviet-era pins, bank notes, postcards and assorted memorabilia.

Would you like an English speaking guide to help you discover little known, but fascinating museums in Kazan or in any other Russian city? If so do get in touch and we’ll be happy to create an unforgettable, tailor-made tour for you to make the most out of your Russian experience!