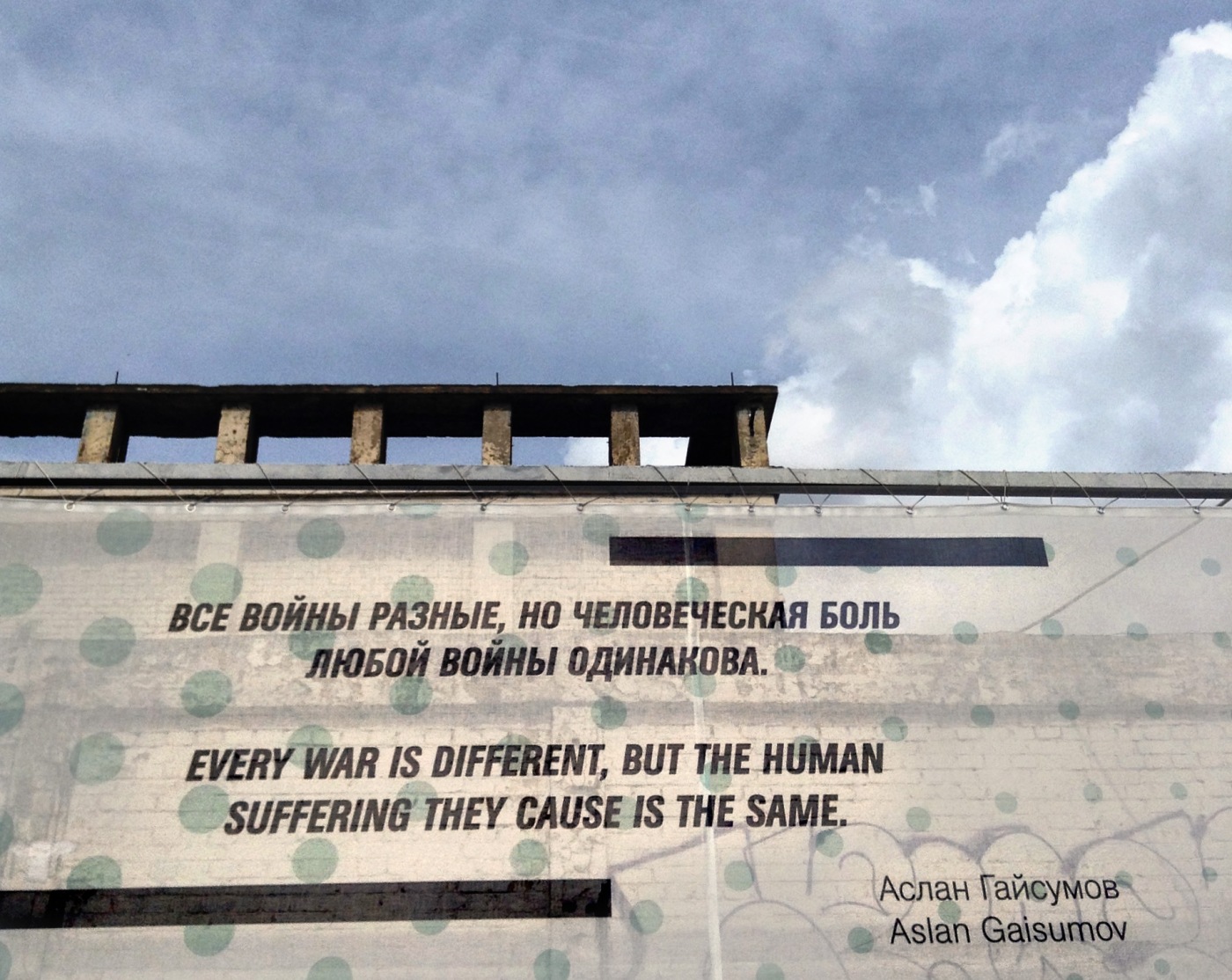 As I wrote yesterday in my post about the Garage Museum of Contemporary Art, Moscow’s Triennial of Russian Contemporary Art took place this year from March 10th to May 14th. A couple of months after the exhibition’s end, one very profound quote has been “left behind”. There is a construction site right next to the museum and to hide it from view a series it was covered with semi-transparent net-panels bearing quotes from the featured artists.

The one pictured above is from Aslan Gaisumov, a Russian photographer/artist born in Grozny in 1991, in the midst of military conflict and political crisis. He’s mostly known for his work on the traumas and destiny of the Chechen people, like People of No Consequence. He aims not only to study his national context, but also to pose questions of a supranational and universal nature. The power of his art often resides in the idea of very simple concepts (and/or images) brought to the public’s attention not because they are new, but, on the contrary, to stress the need to stop and really think about them, really let them sink in, even if they seem banal.

Every war is different, but the human suffering they cause is the same.

One thought on “Every war is different, but…”