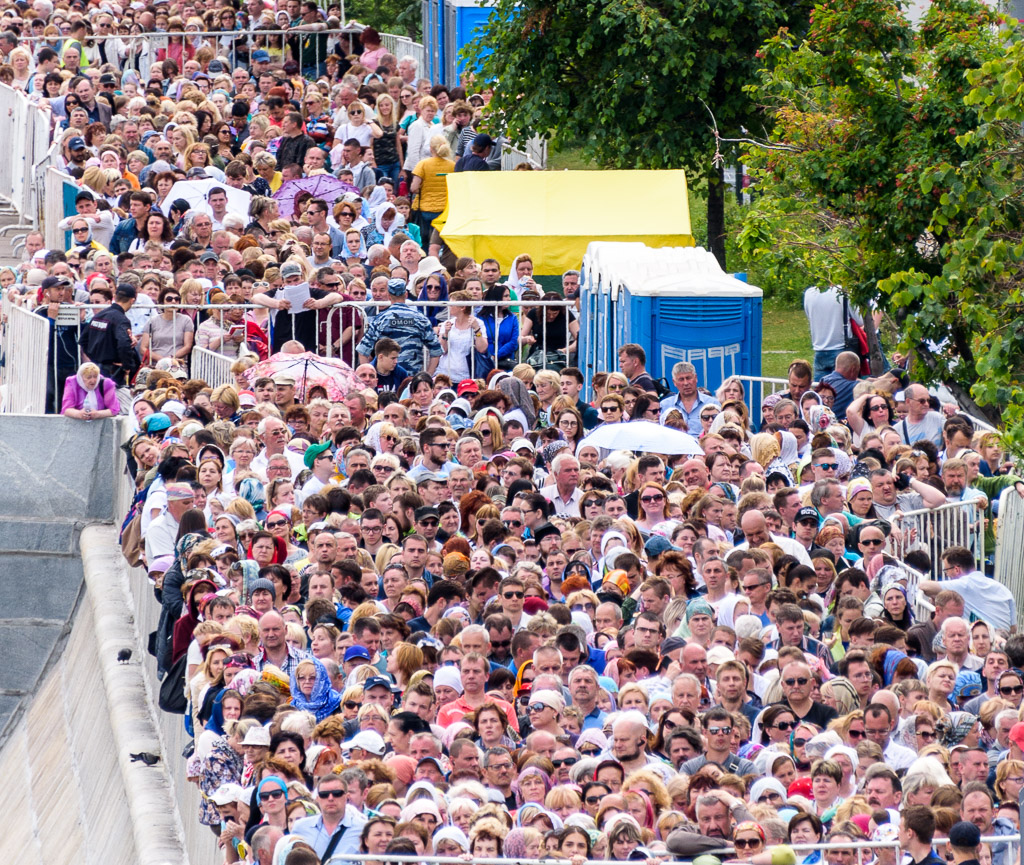 Last year the Russian Patriarch Kirill and Roman Catholic Pope Francis had an historic meeting. It was the first time a pontiff and head of the Russian Orthodox church had met since the Eastern and Western branches of Christianity split apart nearly 1,000 years ago.  To celebrate the occasion and to strengthen the friendship between Christians, they agreed to do something else that hadn’t happened in almost a millennia. On May 21st, 2017 the Relics of Saint Nicholas were flown to Moscow after having rested in a script in the Italian city of Bari since 1087. Nicholas, who died in A.D. 343, was the Bishop of Myra, now the Turkish city of Demre and is known in the Russian church as Nikolai Chudotvorets (the Miracle-worker). One legendary attribute that led to the story of Santa Claus was his habit of giving gifts in secret.

Today more than 70 percent of Russians identify themselves as ­Orthodox Christians, more than double the number at the time of the 1991 Soviet collapse. So it is no surprise that they lined up to see the relics of one of the most beloved saints of their religion. The success, though, has surpassed all expectations and people have been regularly standing in line for over 10 hours to see (and most of the time kiss) the container guarding Nicholas rib bone fragments.

It is also significant, in this respect, that the relics are shown in Christ the Savior Cathedral, not only because today it is the official seat of the Russian Patriarch Kirill, but also because the church was reconstructed in the 1990s, after the Soviet regime demolished the original one in 1931 (to build in its place an open-air swimming pool…)

Today the relics will be transferred to to the Alexander Nevsky Monastery in Saint Petersburg, before returning to Italy at the end of the month. During the first month alone in Moscow over 1.000.000 worshipers have paid their respect to the relic, with lines that stretched to almost 10 kilometres (almost 6 miles) during the first days and in the week-end. The picture you see atop this post was taken on a Thursday afternoon, a work day in the middle of the week, yet, as you can see, the line is already long and crowded.

It is not so easy to see from the picture, but here in Russia long lines of this kind are “broken into sections” and there is a security guard or policemen at the end of every section ready to open the fence that works as a makeshift gate, so that people can advance to the next section. They make sure that no one jumps the line, but also offer assistance to those in need. At almost every break between section there are also chemical loos.